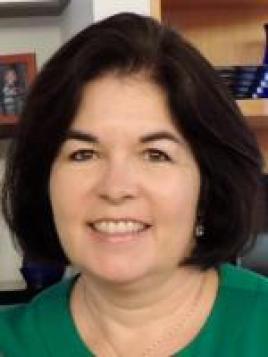 Fran Stewart, Ph.D., is a Cleveland-area independent researcher and writer. She has spent two decades developing and contributing to public policy reports on economic development and urban issues. Fran is the author of The STEM Dilemma: Skills That Matter to Regions, which was published by the W.E. Upjohn Institute for Employment Research in 2017. She has contributed to regional studies led by universities, non-profit economic development intermediaries and PolicyBridge, a local think tank in Northeast Ohio, as well as government-sponsored analyses exploring the economic vitality of the manufacturing industry in Pennsylvania and Ohio.

A former newspaper journalist, Fran was part of an extensive team tapped to suggest opportunities for retooling the U.S. Housing and Urban Development at the start of President Obama’s first term. She is currently collaborating with Ohio State University Professor Ned Hill, formerly of Cleveland State University, on a project exploring the economic history of regions. Over the years, the challenge of preparing young people for a rapidly changing work environment has become a driving interest. Fran has written extensively on college choice and return on investment. Her dissertation, completed in December 2015, was an analysis of the relationship between variation in regional occupational human capital concentrations and regional economic wellbeing. Drawing on the federally supported Occupational Information Network (O*NET), she developed an Occupational Human Capital Database for comparison of knowledge and skill concentrations embedded in each region’s mix of jobs.